Cedar is a multi-author & personal blog theme for the Ghost platform. Featuring a minimal, responsive, content-focused design and single-column layout. Available on ThemeForest. 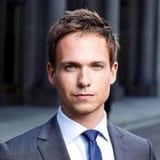 The most brilliant lawyer in New York City doesn't even have a degree. Currently employed as Harvey Specters associate.

In computer networks, a reverse proxy is a type of proxy server that retrieves resources on behalf of a client from one or more servers. These resources are then returned to the client as though they originated from the server itself (or servers themselves).

NGINX is a high performance, open source web application accelerator that helps over 37% of the world’s busiest websites deliver more content, faster, to its users.

Companies deploy NGINX to manage the complexities and pitfalls associated with HTTP and to make their web applications more responsive, scalable, fast and secure. NGINX is commonly installed between the network and the application to offload concurrency processing, URL switching, HTTP load balancing, SSL termination, caching, and security policies.

The Apache HTTP Server Project is a collaborative software development effort aimed at creating a robust, commercial-grade, featureful, and freely-available source code implementation of an HTTP (Web) server. The project is jointly managed by a group of volunteers located around the world, using the Internet and the Web to communicate, plan, and develop the server and its related documentation. This project is part of the Apache Software Foundation. In addition, hundreds of users have contributed ideas, code, and documentation to the project. This file is intended to briefly describe the history of the Apache HTTP Server and recognize the many contributors.

Varnish is an HTTP accelerator designed for content-heavy dynamic web sites. In contrast to other web accelerators, such as Squid, which began life as a client-side cache, or Apache and nginx, which are primarily origin servers, Varnish was designed as an HTTP accelerator. Varnish is focused exclusively on HTTP, unlike other proxy servers that often support FTP, SMTP and other network protocols.

The most brilliant lawyer in New York City doesn't even have a degree. Currently employed as Harvey Specters associate.